How to Win at Running 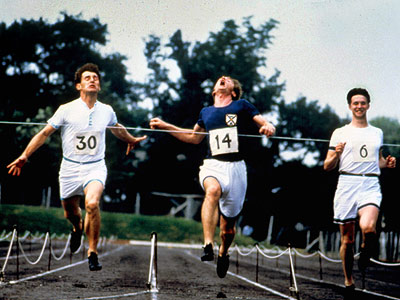 The Runner: Part 4 — Winning at Running

In this 4th article in this series exploring more deeply the steps in the runner’s becoming all that he is meant to be in this sport of all sports, I am faced with a couple of tasks. First, I want to clarify a bit of the stuff of the conversation about part 2 in this series which addresses the place of gear in the runner’s world; and secondly, I aim to begin to press into arguably the highest goal for runners: to achieve what Dr. George Sheehan calls “Seeing.”

“My running becomes my offering. A dozen years of training and discipline, hours upon hours of perfecting the art and purifying the artist, came to this: I was a child before his Father, offering what I did best. Asking that my Father be pleased. That I be accepted. And I found myself, this little child, with tears streaming down my face, running the river road back to town.”   ~ Running and Being

I have a confession to make. Shortly after writing “The 4 Stages of Runners” whose 2nd stage involves the eschewing of the gear, paraphernalia, kit, clothing, and material hype — call the stuff of running what you will…. Shortly after crafting that requirement of the mature distance runner – that she see as of trite importance the “stuff” of running – I was already thumbing in my information to Amazon.com to acquire a new heart rate monitor. Added to this “moment of weakness,” I also neglected to mention in my posts that I am one of those wired up geek-head iPhone clasping runners on the trails – my head ever in an audio book or checking my blog’s stats on the run or listening to The Samples and other favorite rock bands at volume 10+. If you don’t hear my breathing and so turn to see me approaching you on the trail, you will probably hear me coming – ear buds blaring! And to continue in this “episode of honesty,” in the Swiss Alpine Ultra Marathon which I ran a couple of years ago in Switzerland, I carried not only an iPod loaded with podcasts, lectures, books and music, but in my other hand, I held — yeah, you guessed it — my wife’s point and shoot camera! For 50 miles:) Added to this, I wore a brand new Salomon racing jersey, sleek new shorts and a brand new Salomon running backpack loaded with half a dozen gels and a handful of Powerbars…

Now, before you begin to hunt me down and charge me with treason and hypocrisy, know that by many standards, I was running fairly light. I had no water, no watch, no compression socks, etc. Still, it would be silly for me to pretend that I am devoid of all of the glitter and stuff of distance running. Didn’t I mention in article 2 of this series that I was always the materialistic brother in my family…

So, what’s the point? Why am I coming clean? What gives?? Just this: on the road to becoming in our running – on the road to seeing – we must pass through many experiences and trials, and many seasons. During these stages, we mature to new insights which our experiences teach us bit by bit. Like the running of an ultramarathon, we begin as one person, become another by mile 30, discover what we dislike about ourselves somewhere about 3/4’s of the way through the race — and finally emerge our true selves – refined by the fire. When we cross the finish line, everything given, everything sacrificed – if not taken away – we can be said to be our most pure selves. We are stripped down to our essence.

Thus, in my running efforts I do not pretend to be ascetic and so disciplined to push away all that is not ‘pure running.’ But I wish it were so. Though I probably will go and buy that new pair of sleaker racing flats — to move to compromise with what the experts are saying about shoes today — I still hold out hope and have the ideal vision that I will run right through my 7-year-old trainers until my barefeet meet the pavement and I have flawlessly and seamlessly converted to barefoot running. For the record, though, I do not plan to give up my iPhone:) – though others would “know” that it is not possible to reach “Seeing” while ever distracted by the sounds constantly bombarding and ringing a modern cacophony.

We each, in other words, must find our way. And there are no hard rules. Running is the simplest, most elegant sport, and so its rules are unspoken and understood by those who finally see.

My confession out of the way, onto part 2 of this penultimate installment of the Stages of Runners: “Winning.”

The final chapter in George Sheehan’s magnum opus “Running and Being” is entitled “Seeing.” There, he describes his “Epiphany” on the roads one day:

“My running becomes my offering. A dozen years of training and discipline, hours upon hours of perfecting the art and purifying the artist, came to this: I was a child before his Father, offering what I did best. Asking that my Father be pleased. That I be accepted. And I found myself, this little child, with tears streaming down my face, running the river road back to town.” ~ Running and Being

Why does Sheehan call this final chapter “Seeing”? Previous chapters have headings such as “Discovering,” “Playing” and “Suffering.” So why does he finish his most lasting work with such a subject? I think the answer is clear. Seeing is the breaking through to experience the pure play and joy of our sport. Seeing is the complete knowing of the self not only with regards to running, but in a more holistic and philosophical way. Seeing is discovering fulfilled, playing fulfilled and suffering fulfilled. It is the realization of being. For us runners, this clairvoyance comes in the context of running.

I have realized that it is indeed Sheehan’s notion of “Seeing” which is what “Winning” truly is for the determined distance runner.

So, how do we get there? Show me the map to that place and I will follow it, you assent. I scratch my head — and look to Dr. Sheehan. Show us the way!

I can only speak from my experiences and describe the time or times when I have “Seen.” Like as with the religious experience, I have to reflect upon the times when I think “that may have been it” to check myself honestly. Was I “Seeing” when I won that half marathon 12 years ago in Santa Barbara, when a second or third wind surprised me at just the right moment and I effortlessly picked off the 7 runners with whom I had been battling for the last 10 miles and who were all that stood between me and winning…? Is winning “Seeing”? What about the time I PR’d in the half-marathon, clicking off the fastest splits of my life – only hoping I could just finish the race so that my best times could be officially catalogued…? Is running fast “Seeing”? NO! must be our conclusion on both of these counts. Seeing is greater than chancing upon a victory or running as well as one is capable of — though some of seeing may be found in running excellently.

We “See” – I argue – when we simply and purely enjoy the run for the sake of the run. We “see” when we exult in our running with something unexplained and greater than us – He who has given us the gift of being. We see when we exult – even without complete understanding – in Him. This is mystical, indeed. Religious and mystical. And physical! Running, it can be argued, is a sport set apart – wherein we use our God-given ablity to race through this God-given physical space at this unique God-given moment, and so glorify something beyond ourselves.

I had this experience of “Seeing” but one time for sure. I experienced the pure bliss of “Winning” that day. I had run 32 miles, ascended over 6 thousand feet of altitude in the past 4 hours, and I ran — no, I “coursed effortlessly”… raced! – along the narrow, twisting alpine rim in the middle of the Swiss Alps – more miles behind me than I had ever run at a stretch and nearly 20 yet to run. The course covered the most trying terrain I had known. I was “beyond” myself, even “beyond” my ability. I was running by some greater power. And I was literally exulting to run. I knew at last what Eric Liddel, in The Chariots of Fire, meant when he stated: “When I run, I feel His glory.” That alone describes “Seeing.” Have you been there? Have you Seen? Keep running and you will know it when you see it.

PS – I wanted to link to a helpful resource relating to this post. Inspirational fellow podcaster and blogger Steve Runner produces the popular Phedippidations Podcast – and in Episode #258, he reads the final chapter “Seeing” from Sheehan’s “Running & Being.” On your next run, I encourage you to link over to the podcast and listen. Cheers!

← The 3rd Stage of Running
Running in such a way… →

5 thoughts on “How to Win at Running”