Running in such a way… 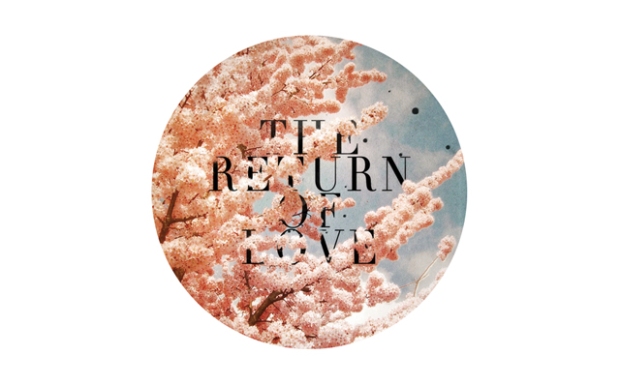 The 5th and Most Advanced Stage of the Runner

“The common bond of the greatest runners is nothing less than love. How is it that each of us becomes the glorious Olympian – adored by the nations and cherished by history? How is it that we – each ordinary one of us – turn our footstrikes into the true gold which will stand the test of the fire, which will, indeed, be refined by the fire? We aim to love our fellow man. this is how we run in such a way as to get the prize.”

We have run through the 4 stages of runners – delving into why we began this running pursuit in the first place, how it blossomed into a passion, and what obstacles vie to control and dismiss the fire once it has been ignited. We have dissected the incessant slog of getting in shape and maintaining fitness – and we have reflected – on several occasions – about the gear, goo, and gulping we are preached to is necessary for our sustenance both in training and on race day. Finally, we have studied the highest of the callings of the distance runner: “Seeing.”

But is there, perhaps, higher to go still? Has Dr. Sheehan relaxed just before he broke through the winner’s tape, stretched taut as it is across the finish line? Has some other champion stolen Dr. Sheehan’s grandeur and eclipsed his glory? How could it be? How could the sage of running himself have been beaten at the last stride?! Is there something beyond “Seeing”?

“Don’t you know that in a race all the runners run, but only one receives the prize? Run in such a way as to get the prize.” 1Cor9:24

It is the case that each of us is capable of losing just as we finish the course. If we have run in a wrong way – cheating, through selfish ambition, in dissension or dissembling – then we can lose even when we cross the finish line first (See Marion Jones, Lance Armstrong…) It makes us stop and think that it is true that the greatest, most olympian champions are not those who touch out their competitors first in the swimming race, or who score the crowning goal and achieve the highest honor on the soccer pitch. No, it is not the gold medalist – she who crashes spectacularly through the line, the camera flashes exploding with her in a firework display crescendo with all of the eyes of the world focused on her…

Our inner voice has been right all along as we have quietly questioned these glorious trappings. When we have have known that there is more than this – that to simply win the world’s footrace cannot be everything there is. That to make the Olympic Trials Qualifying standard is not the greatest glory of the self-coached.

And yet so often we watch and wish… that we could at last stride out in front, to the deafening adulation of the crowd…

Dr. Sheehan, though, spoke often to the spiritual poverty of such a spectator. He criticized the man in the stands who lived a vicarious and glorious life by watching and “sharing” in the victories of his idols. Sheehan knew that the default-standard of living vicariously through others’ experiences was vapid and empty — a mere excuse for inaction belying an inability to take risks with consequences – real risks. Indeed, the spectator becomes the consequence-less actor on the play-stage of existence. On the contrary, the man of action, the sportsman – the highest evolution of runner – though indeed he plays at a game without consequences — ie – it is of no true import who wins the Boston Marathon this year –struggles most nobly in the war waged against and within himself. This is the all-important battle to become — to advance through the stages:) — the struggle to overcome his own limitations. This is of utmost, eternal consequence. This is the stuff of being.

Sheehan talked much about running. And in his chapter Seeing, he addressed that eternal moment which the distance runner on one or two occasions will cross over into — like a bridge between this physical world and the the next eternal state. But how much more of Being did he address? Did Dr. Sheehan meet with the call to love? I’m sure he did.

“Vigil couldn’t quite put his finger on it, but his gut kept telling him that there was some kind of connection between the capacity to love and the capacity to love running. The engineering was certainly the same: both depended on loosening your grip on your own desires, putting aside what you wanted and appreciating what you got, being patient and forgiving and undemanding.”

What am I getting at here in this final entry of this many-layered look at the stages of becoming for the distance runner? Do I think that I can go beyond the great George Sheehan?? By no means! However, I do see a pattern between McDougall’s observation in Joe Vigil, St. Paul’s call to “Run in such a way…” and Sheehan’s call that the would-be athlete move from spectator to action. The common bond of the greatest runners is nothing less than love. How is it that each of us becomes the glorious Olympian – adored by the nations and cherished by history? How is it that we – each ordinary one of us – turn our footstrikes into the true gold which will stand the test of the fire, which will, indeed, be refined by the fire? We aim to love our fellow man. this is how we run in such a way as to get the prize.

In this Easter season, when the world pauses to think on its sin, reflects upon its cruel hand and at the same time reaches out to clutch the Father’s outstretched hand – which offers freedom and eternal life to those who would see the wealth of the true prize… In this Easter season, let us run in such a way…. that we win the prize.

Your best race is ahead of you. And the stakes of this day’s run are as high as can be – with all of the moral weight and possibility and freedom that comes with loving.

How will you run?

3 thoughts on “Running in such a way…”

Leave a Reply to The Blue Pearl Cancel reply