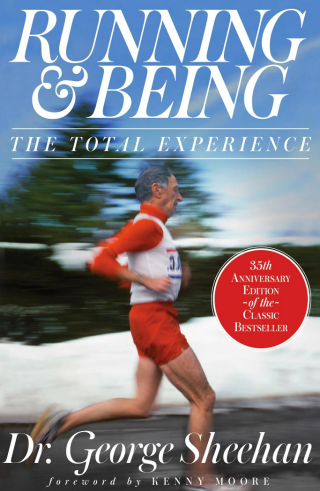 You may be noticing a pattern in my recent posts. I am following the table of contents of George Sheehan’s Running & Being and writing a post a day on each of the headings. This is proving both beneficial and challenging. On the one hand, I have no problem generating the day’s topics — I only have to look at what ‘the guru’ titled his chapters and go with it. On the other hand, I have to figure out how to parse such overlapping and philosophical subjects as “Discovering” and “Understanding,” “Running,” “Training” and “Excelling.” The topics make for wonderful traipses into the stuff of our shared running addiction, but lead into converging and thoughtful entanglements. Perhaps this is the bliss of Sheehan’s masterful work.

Given that I am committed to this habit of delving into the subject matter of Running & Being for the next couple of weeks (there are 18 chapters), I wanted to quickly alert you to an imminent, related book release:

Dr. Sheehan’s Running & Being in ebook format is scheduled for release this coming Tuesday, April 9th! This is exciting news for several reasons. First, it marks the 35th anniversary of this greatest of running classics. I hadn’t connected the dots until tonight (!!) that an ebook format of Running & Being was awaiting just this moment, three and a half decades after its 1978 debut, for a momentous relaunch. A second reason to cheer about this release is its digitalization. I don’t know about you, but I love the light digital weight of the ebook format. Don’t get me wrong: I love my paper copies of my favorite books and I love to dog-ear beloved pages and to mark up and underline and thumb until illegible my favorite passages… But there is a great freedom to having 200+ masterpieces on my iPad including Shakespeare’s complete works, multiple translations of the Bible — and now Running & Being (Can you see the esteem I have for this book?!) It is just plain handy to finally count this book among my ever-present library – even accesible on my ubiquitous iPhone! A third reason to click on over and reserve your digital copy is its newly crafted introduction by running legend Kenny Moore. A 1968 and 1972 Olympic marathoner (he took 4th in Munich when Frank Shorter struck Marathon gold), the 6-time Bay to Breakers champion and the author of the acclaimed Bowerman and the Men of Oregon, Kenny Moore is just the man to appraise and present Sheehan’s literary legacy to the newest generation of runners. And is it any wonder that the release coincides with Boston Marathon week?  The gun goes of at the 117th running of Dr. Sheehan’s favorite race just 6 days after this re-release.

Are you interested like me? If so, head over to amazon to virtually stand in line to pick up your copy of the ebook. I did so a few weeks ago. Here’s a link. And if you’d like a sneak peek at Moore’s Introduction, click on the image below: 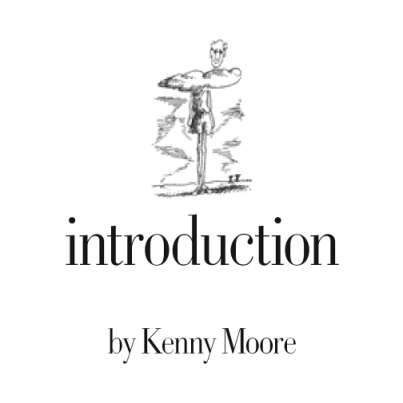 And now for a few words on today’s prescribed topic – Understanding.

When I run, I gain renewed understanding of who and what I am. The Finns call most sacred of the attributes of the distance runner SISU. Loosely translated “Guts” “Stamina” or “Grit”, SISU is the defining element of the real character of the runner. Running daily — and especially racing marathons and distances beyond — enables me to glimpse the degree of SISU I possess. When I attain such insight into me, I can proceed in life with a more concrete confidence – quiet, perhaps, in the wrong company, but self-assured amongst those of the tribe.

To return to my teacher for the next few weeks – for he sets the agenda for my present and near-future musings – Dr. Sheehan helps us, through his Running & Being, to a deeper understanding of the basest quality of us.

Here’s to more insightful self-knowledge with each mile tread.

PS – I am about to do a bit of self-discovery in just a few days. Raceday for my latest marathon, the San Luis Obispo Marathon, is this coming Sunday. I guess I’ll get a sense of my current SISU level:)