“Anything can make us look… Only art makes us see.” ~Archibald MacLeish

The final chapter in Dr. George Sheehan’s classic running book Running & Being: The Total Experience is entitled “Seeing.” I have always been taken by both this title and where Sheehan takes the conversation at the end of his inspiring masterpiece. Sheehan concludes – after 200 pages of ruminating and expounding – that the goal of life, and thus of running – the great metaphor for life – is to see.

Sheehan begins this final chapter by convincing the convert that we were not made to be spectators. Sure, we might copy the greats at first in order to emulate and to learn from them, but eventually we each “must go it alone.”

Then, Sheehan follows the emotions – and physical challenges – of his daily run, which had been multiplied innumerable times throughout his lengthy running life. Before the run, “I am all Cartesian,” explains the cardiologist. He is only machine – a means to an end, unthinking and all physical. As he begins the run, he becomes his body and his body is him. Although his greatest goal is to plumb the depths of the universe, to uncover life’s meaning, at this early moment in the run, he just gasps and lurches – occupied by his physicality, unable to ponder.

But mysteriously, he reaches cruising speed – what he calls a “second wind” – and his running becomes easy and mindless. “It has become play,” the guru elicits. He has reached a high level of being in achieving this sense of play — and he has written extensively about this goal and phase of running, available to each who sets out the door to transform from spectator to participant. But, running and living demand effort and struggle, and this blissful play is ephemeral. It lasts but a fleeting quarter hour.

“Being human, it seems, is more than enjoyment, more than pleasure. Life is also pain. And because of that, it is perplexity, essential and continual perplexity.”

Thankfully, though, here comes the third wind. As opposed to the second wind which was all physical-related, this third wind is about the psyche and spirit. It has to do “with the mind and spirit, with joy and peace, with faith and hope, with unity and certainty.” Have you reached this third wind before? If not, perhaps you have not run long enough. There is something about the long run which inevitably brings you out of yourself to yourself anew! Sheehan applauds this heightened state of the runner: “For a time, however brief, there is no confusion. I seem to see things the way they really are. I am in the Kingdom.” 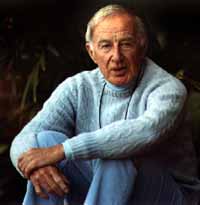 And then there is “Seeing.”

“Just once I have gone beyond this. My running became my offering. A dozen years of training and discipline, hours upon hours of perfecting the art and purifying the artist, came to this: I was a child before his Father, offering what I did best. Asking that my Father be pleased. That I be accepted. And I found myself, this little child, with tears streaming down my face, running the river road back to town.”

Sheehan argues that this “seeing’ is the highest echelon of distance running — and of any pursuit. He just happened to find his meaning, his path to seeing, in distance running, and the task is to find that activity that brings you there. For me, too, it is running…

I have long been enamored with Sheehan’s thoughts and words on this topic. And I have sought to connect his idea of “seeing” to not only my running, but to my photography as well. It seems that making pictures must be in some way relatable to Sheehan’s philosophy of seeing. And so I have attempted to combine his ideas and mine. I find a greatest bliss in shooting images and running long distances. To this end, please click here to enjoy the latest images I took in that exciting environment of Death Valley last weekend.

Keep running and you will See!

One thought on “Running & Seeing”