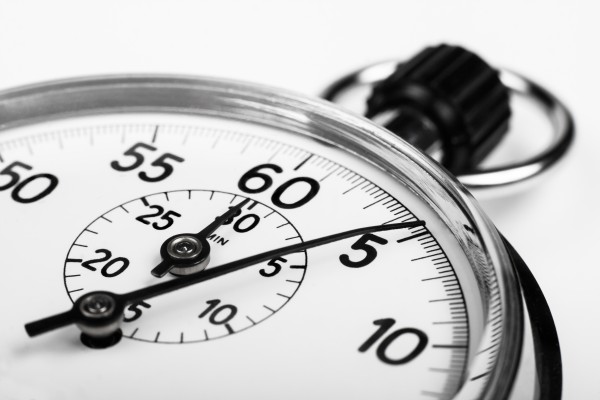 “When all is said and done, it is not the sum of the consecutive days run which will add one jot to the meaning of one’s life. Indeed, it matters not whether one ran at all. But the measure of the man will encompass his passion for the excellent, the good and the true. And running daily is a picture of this noblest pursuit.”

No doubt you have noticed that it has been many days since I last wrote. Let me explain.

Two weeks ago today, after a couple of weeks vacationing back on the east coast, all the while grappling with calf issues on both legs which seemed to arise from the Carolina sands, I went out for my first run back here in California. As I mentioned, my lower legs, first my right and eventually my left, had been presenting new problems for me for the last couple of weeks. It all began as I [unwisely?] ran on the sand one evening. The night before, I had run out 2 miles on the flat monotonous roads, just a block from the blissful breakers which I could hear – even over the blurbling of the podcast I listened to that evening – and, inevitably, I finished up my run on the hard sand. 2 easy and joy-filled miles home.  As I said, it was night, and the run’s finish announced itself only when the familiar silhouette of our beach house arose from the dark muddle of shadow which was the shoreline. All was well that run, and I had no reason to question the wisdom of repeating the sandy finish the next evening.

Yet 24 hours later, as I retraced my steps from the night before, and just after I ran through the pilings of the pier which marked the mile mark all throughout my adolescence, my left calf seized. As I narrated in a previous post, I dealt as wisely as I could with this small injury, finished the run on the roads, and continued on with my running streak.

Yet my luck would run out eventually. As my injury migrated all about my calf, even as I iced and massaged it religiously, it followed me all the way back to Washington, DC, and onto the hard roads there. Still, I managed to weather the injury day after day, sometimes stopping my run at the very moment my Garmin watch announced 5K completed. And so…. it was inevitable that I would have to break my streak and nurse my legs back. Yet, I fought this inevitability with the resolve which had me dreaming up the streak in the first place years ago. And therein lies the irony of the distance runner’s plight.

I wrote, in my ebook “10 Tips To Inspire Your Running Life,” that “nothing lasts forever:”

“It is a truism that ‘nothing lasts forever.’ At least, on this side of Heaven. So, there must come a day when your 5km a day regimen is met with an inability to complete the course. Rest assured, when this day arrives, all will be okay.”

And so it was that on my first run back in California, after what should have been 2 weeks of easy flat runs… i.e. REST, I strained my calf muscle and halted just before a next step would have me out for weeks. I knew the ping of the pull, and even as the weight came down and the pain sprang, I unweighted to mitigate the damage. (All of this happened right at the outset of that run, within the first 100 meters.)

I know what many of you are secretly thinking right now — and there is probably a hint or more of truth to your thoughts: ‘He should have taken a day off immediately after that first seizing on the beach.’ And ‘He had it coming; his plan is silly and misguided.’ And ‘This proves it: the body demands rest!’

I know that a wiser course might have been to indeed stop the streak immediately. And I know all too well the preeminence of rest in the training cycle. I have run multiple marathons in the 2:20’s after all. I have been there. BUT I want to stress this point: the magic of the running streak stands. To become habitual about running is a healthy and rewarding practice. It entails risk, for sure. And it butts up to the very edge of wisdom, I grant. But such is the mettle of the long distance runner — and of the novice that would attain excellence in the diverse meaningful pursuits in life.

When all is said and done, it is not the sum of the consecutive days run which will add one jot to the meaning of one’s life. Indeed, it matters not whether one ran at all.  But the measure of the man will encompass his passion for the excellent, the good and the true. And running daily is a picture of this noblest pursuit.

I am back to running again, 10 days later. I am recovering, looking for the reason for the imbalance, physical, nutritional or otherwise, which reared itself in the form of a calf strain. And I am wiser – having learned the lesson of humility once again. As I wrote, again in my ebook “10 Tips,” in the same chapter referenced earlier as I recounted a much more severe injury of 3 years ago:

“I have gained patience, insight into optimal running form and, most importantly, I have come to cherish running more than ever. All this is to say that your body will fight you hard one day to miss a day. The challenge is to listen to your body!”

Our running life is not about sitting out the risk, quipping adages from the safe sidelines towards the worried harriers winding endlessly around the track. No, ours is to be IN the fight. IN the arena. Battling daily, taking our licks, and bouncing back.

If wisdom is sitting this one out, I will take the inevitable injury instead.

← Struggling to Stride
How I Love to Run →