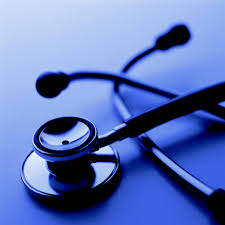 My wife convinced me. I won’t say compelled me, though that might be closer to the truth. She urged me with concern to get to a specialist and have my calves looked at. Whereas I know that my most recent running setback – strained calves – is not so very serious, I complied. As one should – when one’s wife convinces:)

So yesterday mid-morning I drove up “the Grade” from San Luis Obispo to Atascadero, CA , where I had a scheduled appointment with a chiropractor. I had never been to such a specialist before. In fact, the most interaction I had had with a man of this trade was a couple of years back when the father of the bride of a wedding I photographed was a doctor in this line. That was pleasant enough, and so my general thoughts were full of optimism and interest.

I settled into a low chair and began to answer questions about my running and athletic history and about my current issues. Yes, I have some risk factors, Yes, I drink 3 too many cups of joe a day, No, I am not on any medications, etc. And we began to go deep into my running history. I recalled a foolish jump into a shallow brook of water, submerged stones just below the surface. That was a painful one! And I had almost forgotten the broken ankle I had suffered playing club soccer in the years after college. And of course there was that niggling achilles partial tear. I emphasize “partial.”

And I bring up this conversation to you, Reader, because I want to make the point that a reflection and a revisiting of your own health history, especially as it relates to your running, will prove beneficial…

The more the Doc and I conversed, the more I became aware of just how much I had neglected my body over the years. This was eye-opening. I have never been one to stretch, unless some soccer or cross-country coach required it. And I was not one to ice either. Or rest. Or pay much attention to my body when I was not actually running. My working mantra had always been: “Do whatever it takes during this run to set yourself up for tomorrow’s run.” I rarely, if ever, pampered or primped between runs. I didn’t care to, and didn’t care to take the time to.

But here I was yesterday, taking some time to reflect — and how helpful it was! Now, you may be muttering some frustrated sarcasm by this point… But my point stands. As I talked on with the doc, I saw that a little more reflection would have helped me greatly over the years.

Point two: We began to do something about the problems I had been avoiding. This, too, empowered me in a way that surprised me. I suddenly felt a release of guilt. I alluded to this in yesterday’s post. The sense of failure that fell upon me 2 weeks ago when I realized that my current running streak would be cut short, was now itself cut off. For in receiving positive treatment for my ailments and in establishing a plan, I was responsibly working out my future running dreams. I was preparing in a less intense but more effective way.

And that is point two.

It is time you did some introspection on your running life; and it may be time to see a specialist…

Habitual running is supreme. But wisdom trumps every adage.